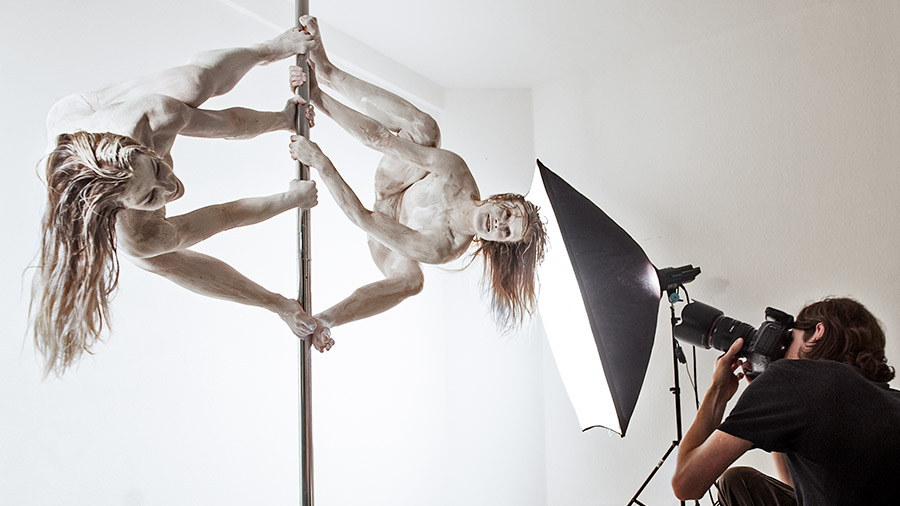 Photographing people in the nude is an intimate process that asks a lot from anyone that will eventually end up in front of the lens. There is of course the vital element of trust, being able to show that you are a professional person and have the ability to show and explain to others what it is that you create and why. You are asking someone to really put themselves out there and not just that, but to be able to express ideas and emotions physically, take direction and interpret it while in the nude. That being said, I thought it might be interesting for those that follow my work to also get the perspective of the models when it comes to the creative process. The “Model Impressions” series of posts will do just that.

Here is the first in the series, written by Christel Stjernebjerg, an incredibly talented acrobat, contortionist and performer who I had the pleasure of working with recently:

“When Marius asked Camilla and I to do a nude shoot, we weren’t exactly sure how to respond. A lot of skepticism instantly appears. But after having checked out some of Marius’ brilliant work, we immediately knew that he was as much in love with the body in its pure, aesthetic form as we were. Hoping that he could capture this in us, we were intrigued and thought that it could be an artistically fascinating and challenging experience. Mostly because the shoots we normally do are more focused on capturing our acrobatic ‘tricks’ – Marius is looking for something else. We chose to say yes, although we were not exactly sure what we said yes to. So the skepticism didn’t completely disappear when we finally managed to set up the shoot and dig into it.

The combination of standing in front of a camera and being totally naked is one of the most fragile conditions I can think of. Especially when you’re doing acrobatic poses where nothing can be hidden what so ever. And you cannot prepare for this feeling in advance – even though you’ve done it before, even though you feel somewhat experienced in this field and comfortable in your own skin – because so many surrounding factors affect you: Chemistry (or lack of) with the photographer, the ambiance in the room in general, the mood between the models and how well you start off. All these things can go so many ways. But if it goes right – something truly unique can come out of it. That’s why I push/challenge myself to do these things.

Having read Marius’ impressions from the shoot, I now better understand the reason for the ambiance in the room. There’s no doubt that Marius is a fantastic photographer – he finds these beautiful, small cracks that are so difficult to capture unless you’re truly gifted, patient and passionate – and he’s a very sympathetic man to work with, so there’s nothing to question there. But there was an odd silence in the room that made me feel a bit uncomfortable from the beginning. Not knowing Marius and his way of working, I didn’t know whether this was how he normally works or whether it was a rare case as he himself mentioned. I’m somebody who’s completely dependent on a playful, joking, relaxed atmosphere in order for people to get the best out of me, especially in a situation like this. Since the mood was a bit more silent, Camilla and I started to feel really naked. Giggling in a weird, nervous way when we did our poses. Being in front of the camera and not behind it, you have absolutely no clue whether this is going well or not. And since there was this silence I took it as a signal that Marius wasn’t quite pleased.

But we really tried our best to get a grip, to keep going and to pull out some good, creative energy. To capture what we were all there to achieve. Together with Marius’ hard work, it felt like we succeeded in the end. I can now tell from the resulting images that we did – they are absolutely beautiful. All in all, doing this shoot was a great experience. I love these sorts of rare challenges that keep you growing and learning. I want to thank Marius and his assistant for a great experience that gave me food for thought. I cannot wait to see the rest of the photos.”

I would like to thank Christel for taking the time to share her thoughts and I invite you to have a look at her website where you can find out more about her and what she does: www.christelstjernebjerg.dk

For my impressions from this shoot along with the resulting images, check out the Time Heals all Wounds post. 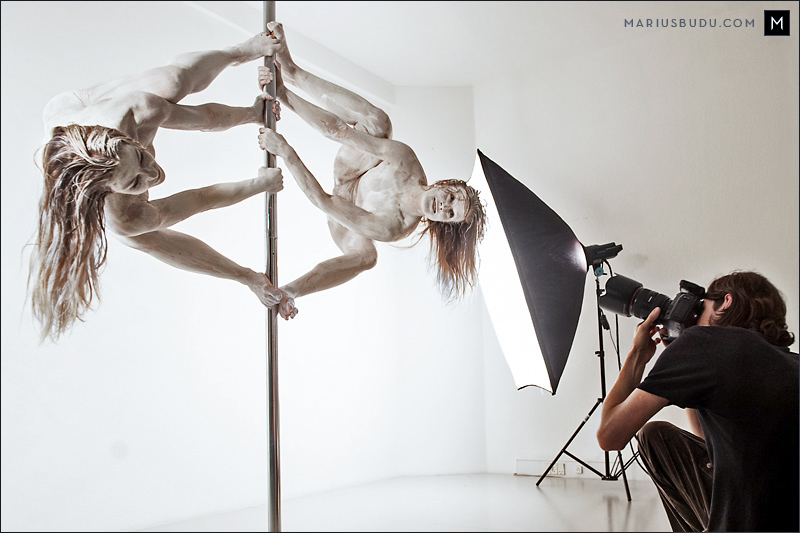 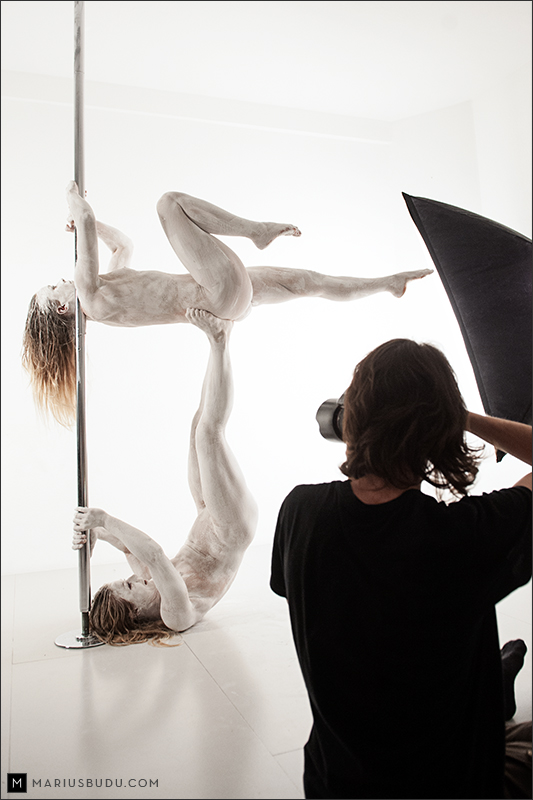 Behind the scenes photo taken by Andreas Bergmann Steen, my assistant on this shoot.