The Berlin group photo session that reminded me why I create 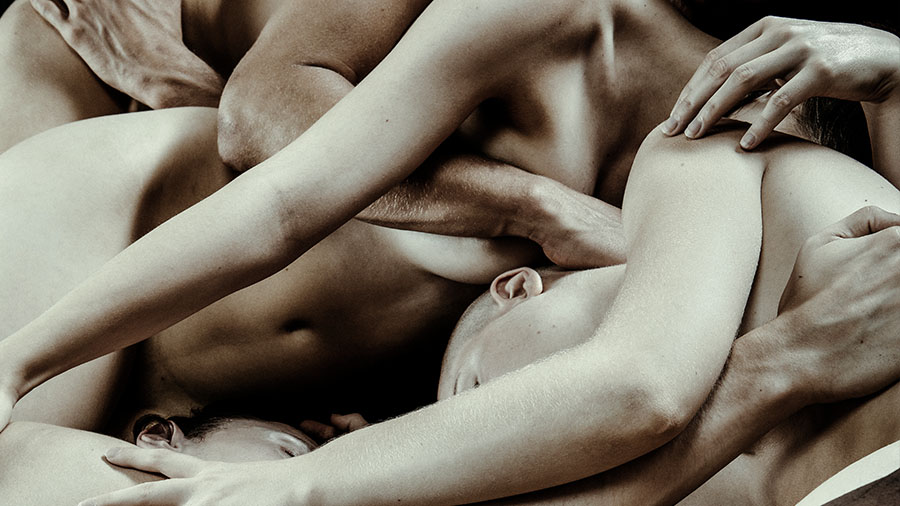 It’s interesting how going against our instinct, perhaps our very nature can sometimes be exactly the thing we need to get out of a rut. After having a tough time in my personal life at the beginning of the year, I wanted a change of scenery and decided to visit my friend and favorite muse, Aja Jane in Berlin. Not feeling particularly creative at the time, one day before my flight, I wrote to her asking if she wanted to shoot something while I was there because I couldn’t decide whether to bring my camera or not. Aja said she would really love to do a group shoot and to be perfectly honest, the idea didn’t appeal to me. Having done many group shoots before, I knew the amount of work and planning involved in pulling one off successfully but I agreed nonetheless on the condition that she would find the models. What happened next was somewhat miraculous – in less than three days, Aja found seven incredible people to work with: Kyle Patrick, Petr Devaikin, Bonny Zahara, Delfine Dahlia, Nils Loe, Victoria G. and Estela Suarez. She also recruited photographer Leonardo Julian Rossi to do some behind the scenes photos and found an amazing studio for us to shoot in at WeStudio.

The shoot worked out like a dream. From the get go, everyone involved just clicked, creating a great atmosphere. Despite the sometimes overwhelming heat, we worked together all day creating beautiful images. Usually, there is a lot to constantly keep in mind during a group shoot, making it difficult to stay in the flow state for too long at a time, but on this occasion, everything just flowed. Even though we had to shoot in short bursts, as some poses were difficult to hold, the whole day just felt effortless.

My entire mood and state of mind shifted with every click of the shutter. I remembered why I create and the sheer joy of collaborating with other creative people just filled me with energy. I am extremely fortunate to live my passion and to share that passion with such wonderful, talented people during the creative process.

To start off, I would like to share with you some behind the scenes images taken by Leo:

Before I share the first resulting works with you, I want to make a dedication – On the day of the shoot, one of the models, Petr Devaikin was celebrating his birthday. I was truly touched that he chose to spend part of his day creating art with us. Sadly, Petr passed away less than three months later, on September 25th. I would like to dedicate the works resulting from this magical day to his memory. Thank you for sharing your creativity and joy with us! Rest in peace Petr.

I hope you enjoyed this look behind the scenes and first preview images from the two series that will be released next year.

One more time, a huge THANK YOU to Aja for making everything come together so smoothly and to the amazing group of people that took the time to create with me.